AI in HR – Myths and Misconceptions

Artificial Intelligence(AI) is creating ripples in the recruitment industry. At a time when talent is scarce, AI can enable organisations to fulfil their talent needs. However, despite being around for the last 60 years, organisations are yet to embrace AI with open arms. It is partly due to the myths and misconceptions that float around.

A general lack of understanding and unjustifiable fears have raised questions in the minds of people. Another challenge is that people take time to adjust to new products and tools. They are uncomfortable in stepping out of their comfort zones.

However, such misconceptions are only preventing organisations from achieving their full potential. When used in the right way, AI in recruiting can deliver exceptional results.

Let’s look at the most common myths surrounding AI in HR and try to debunk them.

Truth: The goal of AI research has generally been to mimic human intelligence in all aspects. In reality, this is not what the world needs. Industries need machines to support humans in making faster decisions and deliver better value.

Some people use AI, DL and ML interchangeably. Understanding the nuanced differences will empower you to ask the right questions and seek the appropriate answers.

If we were to represent it visually, AI is a superset of which ML is a subset. Deep learning is a further subset of ML.

Apart from DL and ML, AI comprises much more. The goal of AI is to emulate the most significant functions of the human brain,  which includes natural language processing, creativity, autonomous learning among other functions.

ML is a subset of AI that deals with detecting patterns from data  The field generally uses maths and algorithms to recognise these patterns from a training data set. The design of this algorithm enables the program to make predictions and determinations without the programmer having to code an exact method in which the solution should be arrived at.

Finally, DL is a  specific class of machine learning algorithms. It is a type of Neural Network Algorithm. An interesting fact is that the “Deep” in DL does not refer to a depth of understanding. It rather refers to a technical concept that there are more “layers” in the network that are used.  With the increasing computational power in the last decade, DL has proved incredibly powerful in several problems that were previously considered unsolvable including image recognition and natural language processing. And this progress has been one of the prime drivers for the increased interest in AI. However, it’s important to note that while it’s extremely powerful, it is not the best solution in all cases. More on this later.

Myth 2: Today’s AI algorithms learn from any interaction you have with them.

Truth: Another myth that often comes up is that people equate AI algorithms with general Artificial Intelligence. In other words, since the system is “intelligent”, it should be able to understand this and this.

It is important to understand that, at latest as of today, an AI system is built to solve a particular problem. Engineers use historical data to train or create the model and solve a specific problem. When the system is to be used for solving another problem, the engineers have to go back to the drawing board and do additional work to make the system capable of solving another problem.

Moreover, most of the data that goes into the system has a lot of noise which needs cleaning. Data scientists spend 80% of their time cleaning this data.

In summary, there is typically a lot of effort that goes into a system being able to learn from different interactions of the user.

Myth 3: The build of neural networks is exactly like the human brain

Truth: Here is one of the most common myths that has given base to several conjectures and theories about how AI-powered HR systems can be virtual recruiters. It has led to warped expectations and fears in the community of recruiters.

In general, computer scientists like to take their inspirations from the human brain. After all, it is the most powerful network comprising of billions of neurons and synaptic interconnections.

Scientists use the human brain as an ideal model to make efficient computers. For instance, they have taken the concepts of long term and short-term memory from the brain to build faster and better machines.

Myth 4: You need a large amount of data for AI

Truth: A common question that precedes the effectiveness of an AI application is this – Does it use a large enough data set to learn? It is a general perception that more is better.

While it is true that you need some data to enable machine learning, you don’t need excessive data sets. Your problem statement and the solution will define the amount of data that you need. Moreover, you can be creative and evade the need for a large data set. For instance, impress.ai can learn a data set that has as few as 10-20 points.

Transfer learning is a concept that enables the system to learn from one domain and use that information in another one. When used in designing an AI application, it results in two main outputs. Firstly, you don’t have to start from zero. Secondly, you don’t have to worry if there is a limitation on the data set.

Similarly, there are other tricks like simulations and inference systems that allow the systems to enhance their knowledge with limited data.

Myth 5: AI is a black box that automatically gives insights

Truth: Hollywood movies are partly to blame for the prevalent fear of intelligent machines taking on the human population. The creators of the applications are unable to understand what’s going on inside the “brains” of these machines. Computer science terms such programs, where we don’t know what’s happening inside, as the black box. It creates an environment of mistrust.

The truth is that even in traditional black box programs, there are still ways in which the working of the system can be understood. . Moreover, all machine learning algorithms are not black-box systems. Some algorithms reveal clearly why a particular conclusion was reached.

Myth 6: “State-of-the-art” AI is all about Deep Learning

Truth: DL is a particular type of AI algorithm and people have come to believe that it is the best solution to their problem. However, it is your problem that defines the best application.

While it is true that DL gives outstanding results, but it may not be the best option. Deep neural networks may be slow and less efficient for you. In certain situations, a deep learning model may not work at all. The best solution is to leave it to the experts to decide the most effective model for your problem.

There is also a common understanding that AI systems are useful only when they use deep learning algorithms. However, did you know that the most revolutionary innovations by giants such as Google, Amazon, Facebook etc. do not use DL? Their power comes from the way they have deployed their algorithms.

Myth 7: AI will take over your jobs

Truth: People have always taken technology with a pinch of salt for fear of losing jobs. In reality, technology has allowed humans to automate manual and human-intensive tasks. By doing so, it has empowered us to do more meaningful jobs and set better goals for ourselves.

A better approach to look at AI is to understand how it can enhance your output and productivity. When used in HR, AI allows you to work with tools that are better than ATS and spreadsheets. It helps you to be more productive and enables you to focus on other strategic aspects of your job.

Impress.ai is a platform that uses AI to transform your hiring process. By taking over the manual tasks, it allows you to focus on higher-value tasks. The conversational bots can deliver multiple benefits, all in a single platform – engage, screen, evaluate and shortlist candidates.

The bot aims to minimise human effort and takes only one day for deployment. The platform takes as less as 10-20 ratings to learn and aligns quickly with your organisational objectives. Moreover, it can easily integrate with other third-party platforms to offer a seamless experience to the users.

It is a platform that empowers your organisation to hire qualified candidates at a much faster rate. On an individual level, it allows you to set better targets for yourself and supports you to achieve them. Request a demo to learn more about our artificial intelligence recruitment software.

The post AI in HR – Myths and Misconceptions appeared first on impress.ai blog. 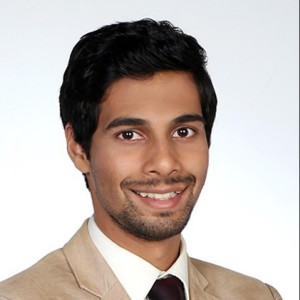